Bokhohn (ボクオーン, Bokuōn?) is a character from Romancing SaGa 2. He is one of The Seven Heroes and has the largest following out of the heroes of both human and monsters. He commands a land ship in the steppe and has trapped the Nomads in the nearby village. Bokhohn continuously attacks human settlements in order to get slaves for his ship. His signature move, Marionette, grants him control over all party members who have not yet acted.

Prior to the events of the game, Bokhohn along with the other Seven Heroes were once human and had lived in the Forgotten Village. He was chosen for his cunning back when he was human. After his transformation into what he has become, his motive is to make money using slaves and the herbs the nomads of the Steppe use for medicine to produce narcotics.

Bokhohn is not very strong and is in fact one of the weakest heroes. In his first form he uses many mace techs like Bone crush and Crown Split his most deadly attacks are his Marionette and Fall Flat which has the chance to instantly down a party member use of Air Screen or Water Dance to lower his attacks to 0. In his second form he is much more of a threat especially if you took the slaver route to fight him he uses many big sword techs like Water Bird Cut and more he also uses Trample which can do crippling damage to a single target when his HP is at half or below he will begin to use Marionette more making him even more deadly as if one of your party members has magic like Galaxy and they get caught count it as over. Reviver,Sword Barrier,Vajra Shield work great for this fight. Bokhohn is a plant type monster in both forms, so the sword that is acquired aboard the ship that teaches the Prominence Sword skill is effective.

Bokhohn appears as an obtainable card. 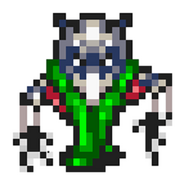 Artwork of Bokhohn in his monster form in Imperial SaGa.

Artwork of Bokhohn in Imperial SaGa.

Bokhohn (human) as depicted in the Romancing SaGa 2 manga

Bokhohn as depicted in the Romancing SaGa 2 manga 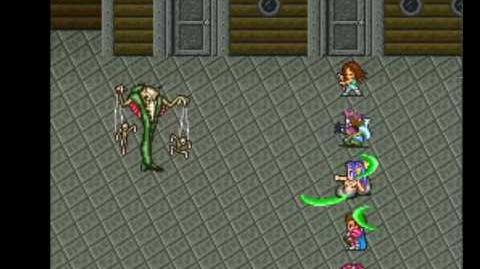 Romancing Saga 2 Battle With Bokuon 1st Form
An example of a battle with Bokhohn in his first form. 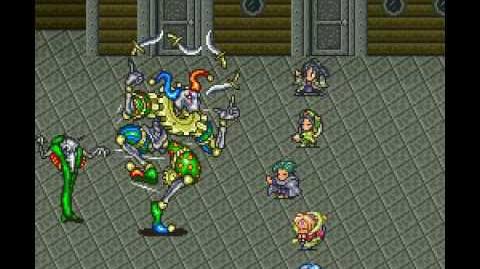 ボクオーンVer2
An example of a battle with Bokhohn in his second form.