Coppelia (コッペリア, Kopperia?) is a character from Romancing SaGa 2. She is an android created by Hiraga of Somon years after Kzinssie's defeat. She is a well-mannered and loyal retainer. She may only be recruited once every playthrough.

Her loyalty knows no bounds as she is willing to sacrifice herself in battle if the main playable character runs out of LP during battle.

Coppelia is a mechanical doll. She has oversized eyes and lips, reminiscent of a doll's facial features. She has pale skin. Her skin and limbs are all defined by mechanical features and joints. She has short and purple hair. She wears a white top hat accented by three green jewels and a red fringe on the top. She wears a red and white dress accented with a stylized black motif. She wears a green brassiere. She wears red ballet shoes. She is depicted serving a silver platter with a glass containing a mouse that has a knife in it.

Artist variations on her outfit show a more stylized version of her outfit resembling that of a ballerina or a waif, the latter corresponding to her condition as a mechanical doll. She is also shown with dirty blonde hair but is often depicted with her signature purple hair.

The Halloween variation of Coppelia shows her wearing a white outfit reminiscent of the typical ghost in a white sheet. She also wears a red ribbon on her neck and wears a festive white top hat adorned with white, purple and red flowers. She wields a wand with a pumpkin ornament at its tip.

Her live-action variation shows the actress with a purple bob haircut. She wears her white headpiece with three jewels at its center and green lattice designs comprising its form. She wears a white shirt monogrammed with green in the middle and a dark green neckline. She wears a green bustier. She wears a red sash and she wears a tulle skirt with varying designs on it.

Being a mechanical doll, Coppelia has a dry sense of humor. She displays humorous aspects to herself, noting a peculiar reaction upon being chosen to become the next Emperor of Avalon.

She is very loyal to her creator and her allies.

Coppelia is very different from others one being she has the highest possible LP in any Romancing Saga game having 99 and she cannot equip any armor but she can equip shields and rings. The other thing about her is during battle she cannot be controlled by the player instead she auto fights and only uses the weapon that is in her first equipment slot so its best to choose what weapon you want on her and give her some techs that go with it she will never spark any new techs as she is a type 07 and she can only be recruited once so its best to save her for end game as she is really powerful having 20 in all stats and being immune to almost all status problems be it poison,charm etc. she also comes with the unique Prima Tutu but it cannot be taken off it gives 25 defense and protects against all types of physical attacks easily making it the best shirt type armor in the whole game as no other gives 25 defense. Also to note she will never use magic so giving her any magic would be pointless though she has sprites in the game that show her in a casting pose before taking a turn.

Coppelia appeared as an obtainable character.

Coppelia appears as an obtainable character.

She assists in almost all sidequests, even helping Jamil and Dowd to steal treasures from the Lablanc Plains.She is an level 2(Bow), and two level 5 characters, being one exclusive in the Byunei part of the Four Noble Demons event, that can learn Dans de Eclair by fighting event Byunei, which she dances around the battlefield while lightning damages the enemy with each step of the dance.

Artwork of Coppelia in Imperial SaGa.

Artwork of Coppelia in Imperial SaGa.

Artwork of coppelia in Imperial SaGa.

Coppelia in the Valentine Event.

Coppelia appears as an obtainable character.

Coppelia appears as an obtainable card.

Coppelia appears as a character. Her likeness is portrayed by Himika Akaneya. 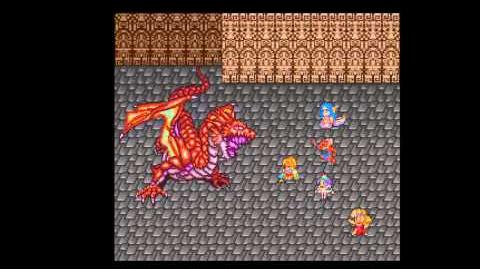 Romancing Saga 2 Coppelia`s Sacrifice
An example of Coppelia giving some of her LP to the main character after loss of all LP.