TimeLord is a playable character from SaGa Frontier. He is a mystic male who has the gift for Time Magic.

If Blue chooses the Time Quest, Blue confronts TimeLord in his region after reactivating his clock. They do battle and Blue gets the gift for Time Magic upon defeating TimeLord.

In the quests for Emelia, Red, Lute, and Asellus, TimeLord offers to join them or sell them Time Magic after reactivating his clock.

TimeLord appears as an obtainable character. 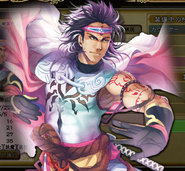 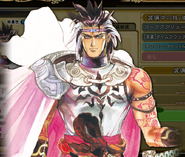 Retrieved from "https://saga.fandom.com/wiki/TimeLord?oldid=26320"
Community content is available under CC-BY-SA unless otherwise noted.